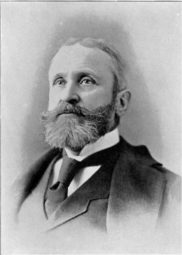 Dr. William Wallace Seely, who for nearly forty years was prominent in the medical circles of Cincinnati and gained recognition as one of the leading oculists of America, was born in Muskingum county, Ohio, August 17, 1838, a son of John F. and Louisiana Seely, and died at his home, in this city, November 7, 1903. A native of the Buckeye state, his life was closely identified with its interests. He owed his success to remarkable energy, ability and good judgment, all of which were prominent features of his character. Always courteous and affable, his integrity was above question and his honor above reproach. As a master of his chosen specialty he had no superiors and was recognized as an authority upon the eye in both Europe and America.

On the maternal side Dr. Seely was a descendant of one of the early families of Colonial times, being of the sixth generation from John Conant, of Beverly, Massachusetts, who was a member of Captain Appleton’s Company in King Philip’s war. Dr. Seely was also eighth in descent from Roger Conant, of Beverly, who was governor of the colony at Cape Ann, in 1625-1626, and at Salem, Massachusetts, in 1627-1629. He also served as deputy to the general court of Massachusetts in 1634.

After receiving his preliminary education in the Andover Academy, Dr. Seely entered Yale University, from which he received the degrees of A.M. and M.D. in 1862. He pursued his medical studies further at Vienna, Austria, and in the great hospitals of Europe, where he came into personal contact with leading instructors and demonstrators. Possessing natural adaptability to the practice of his art, he was a ready learner and in later years became a teacher of rare merit, thousands of young men coming under his influence. He possessed the ability, in an unusual degree, of arousing the interest of his classes and leading students to undertake original investigations. He was a clear and convincing speaker and never failed to make plain any point which he attempted to present. He began practice in Cincinnati in 1862 and continued his profession without interruption until 1900 except when pursuing studies elsewhere or taking necessary vacations for relaxation from the strain of extensive professional work, as his services were in great demand, many of his patients coming from far-distant parts of the Union. He was connected with the principal local and national medical societies from 1874 to 1899, a period of twenty-five years, was a prominent member of the faculty of the Medical College of Ohio. He served as dean of the college from 1881 to 1900, resigning from the position in the year last named. He was very prominent as a lecturer and instructor and also as a writer and author. He contributed many articles of practical value to medical magazines and reviews and was the author of several medical works, which were accepted as standard and are now to be found in the medical libraries.

In 1870, at Boston, Massachusetts, Dr. Seely was united in marriage to Miss Helen Simpson, and to this union three daughters were born: Elizabeth, the eldest daughter, who was married, at Cincinnati, November 19, 1903, to Arthur Aspy, a well known attorney of this city, whose father was a prominent banker and capitalist; Grace, whose marriage to C.B. Groesbeck took place January 4, 1905; and Helen, who, became on August 6, 1907, Mrs. Joseph Wilshire. Dr. Seely was a man of highly cultivated tastes, an extensive traveler, a thorough scholar and a student and investigator, who was never satisfied until he arrived at the truth. He had an extensive acquaintance among prominent men of this country and Europe, and found time to carry on a large correspondence on science and other subjects, notwithstanding the great demands of professional and college work, upon his energies. He was of a frank, pleasing, genial and philanthropic temperament and gladly gave his services to the poor entirely without compensation or hope of reward. He was prominent socially in Cincinnati, and he and his family were also well known in the most cultivated social circles of New York and Boston. By virtue of this ancestry he held membership in the Society of Colonial Wars. The death of Dr. Seely was felt as a distinct loss by the entire community, where he had passed the most active and useful years of his life, and by members of the profession it was generally acknowledged that difficult, indeed would it be to find a successor upon whose shoulders the mantle of the departed leader would gracefully rest. He is remembered as one of the most venerated and beloved of Cincinnati’s citizens and no history of the city would be complete without adequate mention of his name and the services he rendered to his fellowmen and in attracting attention to Cincinnati as one of the most prominent medical centers of America. Mrs. Seely still resides in this city, where she has a host of friends. The home is on Grandin road.

WM. WALLACE SEELY was born in Muskingum County, Ohio, in 1838. His literary education was obtained at Phillip’s Academy, Andover, Mass., and Yale College. He graduated at Yale in 1862, admittedly the best all-round Yale graduate of that year. He excelled in literature and in the sciences and was a versatile athlete. He studied medicine at the Medical College of Ohio, graduating in 1864. The following year he filled the position of demonstrator of anatomy. In 1865 a chair of ophthalmology and otology was created and Seely was appointed to fill it. He resigned in 1899. During his service as a member of the faculty he served as the latter’s secretary for a number of years. He was dean of the faculty from 1881 to 1900. He died suddenly in 1903.

SEELY, WILLIAM WALLACE, Cincinnati, O., was born in this State, Aug. I7th, 1838, and is of French origin, his ancestors having settled originally in Stamford, Conn. His literary education was acquired at Phillips’ acad., Andover, Mass.; he pursued a course of higher studies at Yale coll., 1862; in 1864 he graduated from the med. coll. of Ohio. His specialty is diseases of the eye and ear. He is a member of the State soc.. Am. ophthalmolog. and otolog. socs., 1866; since the latter date has been prof, ophthalmology and otology in med. coll. of Ohio, also secretary of that body ; was formerly oculist to Cincinnati hosp., and is now oculist to the Good Samaritan hosp. His contributions to medical literature consist of various papers and articles on his specialty, etc., published in medical journals. He was married in 1870.

Page 616, “The Physicians and Surgeons of the United States,” edited by William B. Atkinson, M.D., published Charles Robson, Philadelphia 1878.