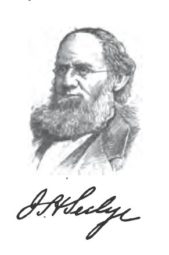 SEELYE, Julius Hawley, fifth president of Amherst College (1877-90), was born in Bethel, Conn., Sept. 14,1824. He entered Amherst College, from which he was graduated with high honors in the class of 1849. The next three years he spent at the seminary in Auburn, N. Y., in the study of theology. In 1852 he went to Germany, where he continued his theological course for one year at Halle. He was ordained by the classes of Schenectady, N. Y., in 1853, as pastor of the First Dutch Reformed Church in Schenectady, and continued in charge of that church until 1858, when he was elected professor of mental and moral philosophy at Amherst. In 1872 he made a voyage around the world in company with Dr. Edward Hitchcock” and Abijah Fitch, of Auburn, N. \., during which time he visited India, by invitation, for the purpose of delivering a series of lectures defending Christianity, which were largely attended by native educated Hindoos, and afterwards published in their language, as well as in German and Japanese. In 1874 Gov. Washburn appointed him one of a commission to revise the laws of the state of Massachusetts on taxation. The same year he was chosen to represent his district in the Forty-fourth congress, being elected over the nominees of both the great parties by independent votes of Republicans and Democrats alike, and at an expense to him of only one postage stamp. He served through the first session with distinguished success for a representative of the people, and yet bound to no party, and was especially useful as a member of the committee on Indian affairs, and was already considered as sure to be his own successor, when the death of President Stearns made him the natural successor to the presidency of Amherst, and, although he was bitterly opposed by half the faculty; firstly, on personal grounds, mainly on account of his autocratic and overbearing manner, as manifested as a member of the faculty; and secondly, on political grounds, in that, as a Republican, he had opposed the Electoral Commission and the subsequent declaration of the election of Rutherford B. Hayes as president; he was unanimously selected by the trustees of the college, and duly installed in 1877. His well equipped mind and vigorous personality soon won the affection of the students, and commanded the respect of the faculty, even though many disagreed with his policy at times. His aim as an educator was toward character-building, and thus educating and training the whole man, and much to the surprise of his early opponents, he soon demonstrated his sympathy with the students. He early established a system of self-government through a “College Senate,” by which the students from the four classes had a large share in maintaining discipline, and which became known as the Amherst system. This system has been productive of good results, and numerous colleges which first looked upon the experiment with distrust, have since adopted it.

President Seelye introduced other radical changes, and the faculty soon after committed to him almost absolutely the immediate government of the college. He made the personal acquaintance of every student, and in most cases could address each by his Christian name. He gave the greater part of his time to studying the student, even at the expense of that spent in the class-rooms, and was looked upon by the students as the very ideal of a large, strong, healthy man, physically, intellectually and morally. He was a member of one of the Greek letter fraternities, and a firm advocate of the secret society system. In addition to his work as a teacher, President Seelye did much to increase the material prosperity of Amherst, aggregating $825,000, and to erecting new buildings for college purposes. He attracted large gifts of money, securing an endowment for the presidency from Chester W. Chapin; for the professorship of history and political economy from Henry Winkley; and for a professorship of biology from Mrs. V. G. Stone. He was a trustee of the Clarke Institute for Deaf Mutes, and of Smith College for Women, of which latter institution his brother, Laurens Clark Seelye, is president, and was one of the board of visitors dealing with the question of the Andover theology, his stand being non-partisan and conservative. Union College gave him the degree of D.D. in 1862.and Columbia that of LL.D. in 1876. He published a translation of Dr. Albert Schwegler’s ” History of Philosophy” (1856), and his own “Lectures to Educated Hindus ” (1873), ” Christian Missions” (1875). He revised and edited Hitchcock’s ” Mental Science,” “Moral Science,” and “Empirical Psychology,” and, during his presidency, re-wrote ” Moral Science.” His last book was ” Citizenship ” (1894). Among his noteworthy contributions to the reviews were: ” The Electoral Commission,” ” Counting the Electoral Votes,” “The Moral Character in Politics,” “The Need of a Better Political Education,” “The Currency Question,” ” Should the State Teach Religion ? ” ” Prohibitory Laws and Personal Liberty,” and ” The Recognition of God in Our Constitution.” After the death of his wife, in 1881, President Seelye did not, apparently, recover from the shock. He suffered from erysipelas and nervous prostration, the result of overwork, care, and responsibility. He went abroad twice for rest and medical advice, and in 1890 tendered to the trustees of Amherst his resignation, which was reluctantly accepted, and he was succeeded by Merrill Edmund Gates, who had been president of Rutgers College. He continued to reside in Amherst, and to serve the college as lecturer on the History of Philosophy. It was one of his greatest pleasures to have Amherst alumni call on him, and even in his declining days he seldom made a mistake in recognizing them, and in calling them by name. President Seelye died May 12. 1895.