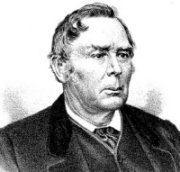 Col. Ebenezer Seely, the oldest living resident of Whiteside County, living upon his farm in Portland Tp., was born in Onondaga Co., N. Y., Nov. 6, 1802. He is a son of Jeduthan and Sally (Gibbs) Seely. His father was a native of Washington Co., N. Y., a farmer by occupation, and died near where Col. Seely now resides, Sept. 4, 1836, and was the first man buried in the county. His mother was a native of Utica, N. Y., and died in Olin, Iowa, in 1841. They were united in marriage in Onondaga Co., N. Y., and afterwards moved to Genesee County, that State. They were the parents of six children, five sons and one daughter, three of whom yet survive, and one of whom, Col. Seely, subject of this notice, is the eldest. Horace is now residing at Oxford Mills, Jones Co., Iowa. Mary is the wife of Rev. Lowry, a Congregational minister in Olin, Jones Co., Iowa.

In 1806, the parents of Col. Seely moved from Onondaga to Genesee Co., N. Y., and in the latter county Mr. Seely was reared on a farm, receiving the advantages afforded by the common schools, and developed into manhood. On attaining adult age he continued to follow the vocation of farming and lumbering, and soon after entered into a copartnership with Marvin Frary in the saw-mill business. They erected a saw-mill in the latter county, which they continued to operate for five years, when Col. Seely sold out and, taking his share of the lumber that was on hand, constructed a raft on which he placed his family, consisting of wife and five children and father and mother, and rafted down the Ohio River to Louisville, Ky. He sold his lumber at that place and took a boat to St. Louis, accompanied by his family, and sent from the latter city to Rock Island. At the latter place he hired a team and brought his family to what is now Prophetstown Township. He had nevertheless been to this county before. In September, 1834, he came here and located 320 acres of land on sections 6, of Prophetstown Township, and 1 of Portland Township. He broke some land and made some other improvements on his place, and in March, 1835, returned to New York, and in April, 1836, brought his family as stated. He at first moved into a little house his brother Norman B., now deceased, owned at that time, and soon erected a log house of his own, 22 X 22 feet. The following year he erected another building, 22 X 22 feet in dimensions, twelve feet from the building which he first erected, and placed them both under one roof. In 1839 he erected a frame house, 22 X 30 in dimensions, and one and a half stories, in which he kept “hotel” for the accommodation of pioneer travelers, having brought with him a good supply of bedding, provisions, etc. He continued to act as “mine host” on his farm for 32 years, the same being known as a farmers’ home. He had at one time 220 acres under the plow, and a fine farm.

Col. Seely also erected a steam saw-mill on his farm, in company with several other pioneers, and they ran it for about ten years, when he bought them all out, which he did one at a time, and became sole owner. The mill was finally run for two years as a grist-mill. Afterward Col. Seely sold the machinery, which was shipped away.

Mr. Seely tells many interesting stories of his early settlement in this county. The first grist that he had ground he took to Aurora, 100 miles distant, and was some eight days making the trip. He has drawn a great deal of wheat to Chicago, and has had at a time two and three teams on the road at once. He has seen a string of teams three miles long loaded with wheat, and on their way to the now great metropolis. At one time he went to Chicago with three loads of wheat, and was spokesman for the wheat “drawers” that day and controlled the price of that article there, and bulled the market from 75 cents to $1.10. At present he could hardly accomplish the wonderful feat he performed that time. The Colonel also saw the first two-story building erected in Chicago, which was in September, 1834. This was the Tremont House, which afterward burned, and was replaced with another fine stone building. Mr. Seely receives his title of Colonel from having been the Colonel of the militia of New York, and also in this State.

Col. Seely was united in marriage, in Alexander Township, Genesee Co., N. Y., Jan. 25, 1824, to Miss Dolly Maynard, who was born in the State of Connecticut, Feb. 27, 1803, and died Jan. 6, 1875. They raised seven children, six of whom survive. Solomon, a resident of Sterling: Sarah, the wife of Alexander Hatfield, a resident of Sterling. Andrew J., a farmer in Portland Township. Martin V., a resident of Prophetstown. Caroline, wife of Stephen H. Beardslee, a resident of Cadillac, Mich.: and Jennie, a widow, residing in Brooklyn, N. Y. David is deceased.

Col Seely has been a member of the I. O. O. F. 30 years. He was the first President of the Pioneer Society of this county, and has held the position ever since. The first meeting was held in January, 1853, in the Wallace House, Sterling, and Col. Seely has never failed to attend the meetings of the society since, with but a single exception. The meetings are held at Hamilton’s Bluffs, in Lyndon Township, this county. He has a remarkable memory for a man of his age. His mind is as clear and strong as men usually are at 60.

Mr. Seely is a gentleman worthy the distinction of having his portrait placed in the honorary position in this ALBUM, and especially so when he has been living in this county longer than any other man.

Col. Ebenezer Seely was born in Caynga county, New York, in 1802, and married Miss Dolly Maynard, in 1824. He moved with his father to Cataraugus county, New York, in 1823, where he successfully engaged in farming and lumbering, In the summer of 1834 he concluded to explore the new and first went to Michigan where he expected to find his brothers Norman B. and Alexander J., but upon ascertaining that they had pushed on farther west, followed them to Dixon’s ferry, and thence to Prophetstown, arriving at the latter place, September 24, 1834. The next day he made a claim where he now lives. His health not being good he soon after started for his New York home, but upon arriving at John Dixon’s he was so much worse that he was compelled to remain there for three months. He pursued his journey immediately upon his recovery, and arriving at home sold his farm, and mill property, and with a raft of lumber started down the Alleghany river. His father and mother, John Reed, wife and child, and Henry Brewer, wife and three children, accompanied him and his family on the raft, with all their household goods. He sold his lumber at Louisville, and took a steamer for St. Louis, and thence to Rock Island, where he arrived on the 4th of June, 1835.

By dint of great perseverance he procured a team to take his family to his new home, and then returning to Rock Island chartered a small ferry boat, loaded it with his effects, and started up the river. When he had got within sixteen miles of his destination, he fortunately found some teams to take his goods to Portland. He had brought provisions for a year’s supply for his family, but he was not the man to refuse to feed the stranger or share with his neighbor, and as there was considerable immigration that fall his supply soon became exhausted. St. Louis was the best market for provisions, and Col. Seely, in conjunction with his neighbors, William Hill, Marvin Frary, N. G. Reynolds, and Asa Crook, sent Capt. Dix to that place with $1,300 to purchase the needed supplies. Capt. Dix was robbed of the money on his journey, and then there was nothing to do but go to Knox county, to which place Col. Seely and Mr. Frary started with teams to purchase wheat, pork, etc. By the time they had bought the wheat, fanned it in the primitive style to which they were compelled to resort, taken it to the mill and had it ground, and had procured their pork, and other articles, winter was upon them. The creeks and small rivers were freezing up, the sloughs would not bear a team, thereby entailing great hardship in getting home. Col. Seely’s house always furnished a shelter for the newly arrived settler until he could build a cabin for himself, and the hospitality shown by him and his amiable wife will be long remembered. He has always been held in high estimation by his fellow townsmen, and when the land came into market in 1843, he was selected to enter all the lands around Portland village, and re-deed to the owners of the different claims and lots, a duty which he performed to the utmost satisfaction of all. This delicate and important duty was only entrusted in the different townships to men upon whose integrity a full reliance could be placed. Col. Seely is now in the seventy-fifth year of his age, and still in the possession of all his faculties. At the annual gathering of the old settlers, at Hamilton’s Grove, he is the one most eagerly sought for to relate the incidents and reminiscences of pioneer life, and much of the success of these meetings are due to his genial presence. John Reed, who came with him, remained in Portland for a time, and then went to Missouri, where he is still living. Henry Brewer stayed only a year or two, and then settled in Sterling. He was the father of Ald. George W. Brewer, of that city. Mrs. Seely died January 6, 1874, aged 72 years.

The children of Mr. and Mrs. Seely have been; Solomon M., who married Miss Rachael B. Leland, was in trade at Portland for several years, afterwards went to California, and upon his return engaged in business in Sterling, and was for a time proprietor of the Wallace House, in that city, and is now residing in Jones county, Iowa; David B., who first married Miss Jane Maynard, and after her death, Miss Frances Adams, and died in 1874; Sarah G., wife of Alexander M. Hetfield, living in Portland; Andrew J., who married Miss Armina Williams, and is a farmer in Portland, and has been Assessor of the township for the past three years; Martin V., who first married Miss Almina Maynard, and after her death, Miss Kate Keeler has been engaged in farming, and stock raising in Portland, was President of the Whiteside county Agricultural Society for several years, and now resides in Prophetstown where he owns a fine hotel, known as the Seely House; Caroline, wife of S. H. Beardslee, living at Clam Lake, Michigan;. and Jane A., wife of A. B. Crosby, living at New York city.